Liz Truss: The Next UK PM Seems to have a Weak Crypto Agenda

Cryptocoin > Blog > Analysis > Adoption in Countries > Liz Truss: The Next UK PM Seems to have a Weak Crypto Agenda 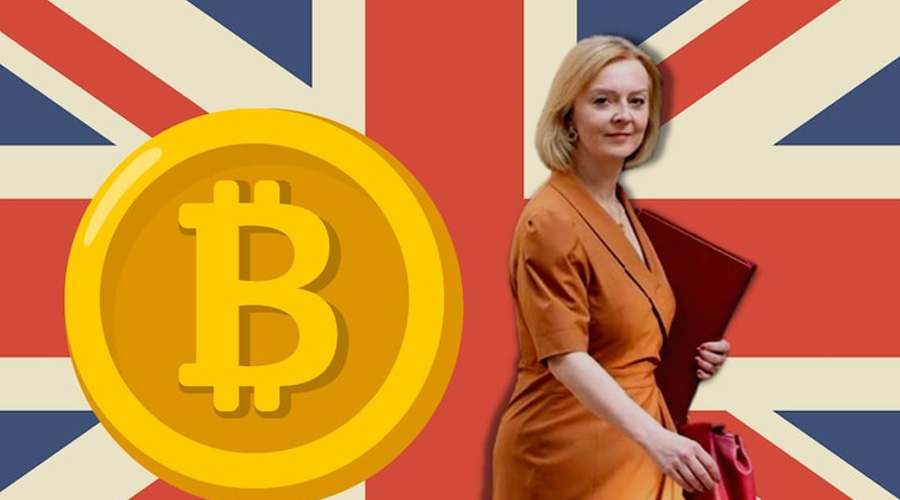 As Truss is chosen as the new prime minister, the UK’s future in cryptocurrencies remains unknown. In light of growing inflation, Truss’s position and agenda confront a lot of challenges.

In the contest to become the leader of the Conservative Party, Liz Truss defeated Rishi Sunak, another candidate. With her triumph, Liz Truss is prepared to take charge and continue the work started by Boris Johnson and the other recent Conservative Party prime ministers over the past few years. Although Liz has her leadership aspirations, the UK bitcoin sector has mostly remained in the dark. Her primary focus being the next general elections, other industries will undoubtedly experience change.

After Liz Truss won the race to become the country’s new prime minister, Britain’s prospects as a crypto hub remain uncertain, leaving business owners and investors wondering what regulations, if any, will be in place for the digital asset sector under new leadership.

It would be incorrect to state that Liz Truss is unfriendly to the cryptocurrency environment despite this. In 2018, she sent out a very encouraging tweet about cryptocurrency, and her words at the time were indicative of a person who would be open to new rules. She stated, “We should warmly embrace cryptocurrencies without limiting their potential. Eliminate restrictions on affluence to liberate free-market zones.”

Sunak had also established himself as a supporter of cryptocurrency while serving as Chancellor, announcing in April a plan meant to revive the UK’s standing as a pioneer in financial technology. That included a plea for crypto infrastructure to be accepted, for stablecoins to be regulated in a manner non-banks are, and for the UK’s Royal Mint to develop its non-fungible token.

After Sunak left the cabinet in July, the will to pass some of those ideas into law waned. Other crypto initiatives could be put on hold permanently as Truss inherits a daunting in-tray that includes the UK’s cost-of-living issue and impending recession. Businesses that have spent months building relationships with Sunak and his colleagues at the Treasury will now have to start over as a result of Truss’s victory. Whom Truss chooses as her new chancellor, a position that perhaps has the greatest impact on crypto as a strategic priority for the Treasury is significant.

According to Jackson Mueller, director of policy & government relations at Securrency, “Specificity on crypto policy is crucial.” Beyond a few public declarations, it’s unclear how Ms. Truss will handle crypto asset policy or what particular challenges she plans to concentrate on.

There are hints that the next Chancellor of the Exchequer will be British politician Kwasi Kwarteng, who has been serving as Secretary of State for Business, Energy, and Industrial Strategy since 2021. Kwasi is credited with accelerating the rules that stop foreign High Net worth Individuals from siphoning off “dirty money,” even though little is known about his attitude toward cryptocurrency (HNIs).

The industry is keenly anticipating how Liz Truss will handle the milestones as the UK moves to acknowledge stablecoins as a viable form of payment and the Royal Mint is prepared to issue its first Non-Fungible Token (NFT) collections. Gilbert Hill, chief strategy officer at UK-based Pool Data, stated that “despite Rishi Sunak’s ambitions for the UK to be the “global hub” for cryptocurrency, it has fallen behind other centers such as Frankfurt and Zurich.” Hill cited issues such as a lack of clarity on the role of stablecoins as methods of payment. “There is a new chance to take the initiative now.”